Corrosion inhibitors are chemical agents that affect the surface of metals, these chemicals can control and delay the undesirable phenomenon of corrosion by altering the interaction between the metal surface and the environment.

Corrosion inhibitor is a chemical that adds a small amount to the environment, which effectively controls or reduces the reaction of the metal with the environment. Corrosion is one of the major problems in the industry, which costs large sums of money annually.

Production interruptions will result in huge losses, both in terms of production and in terms of repair costs. Therefore, the health of equipment during their useful life seems to be a fundamental issue and the use of corrosion inhibitors has been used as one of the most effective methods in the industry for many years.

Corrosion inhibitors are required to protect metals against corrosion, including temporary protection during storage or transportation, as well as local protection. There are many types of these chemicals that we will learn more about below.

Types and uses of corrosion inhibitors:

In general, inhibitors are divided into two categories: mineral and organic. The use of inhibitors is related to the following 4 areas:

In short, corrosion inhibitors are divided into three categories: cathodic, anodic, and a combination of cathodic and anodic.

There are some characteristics of corrosion inhibitors that affect their performance and efficiency, the most important of which are listed below: 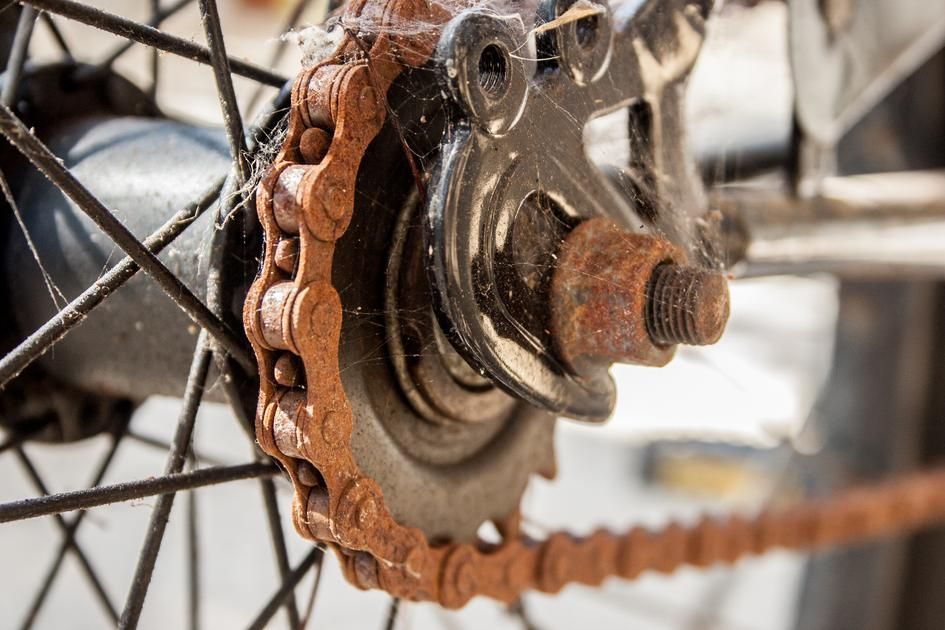 Corrosion inhibitors in the oil and gas industry:

As we mentioned, the oil and gas industry is one of the large industries that is mainly exposed to the undesirable phenomenon of corrosion, and the use of corrosion inhibitors in this industry is very practical and effective.

In the oil and gas industry, the injection of corrosion inhibitors (low ppm) such as amines and nitrites into the product stream prevents rust formation in the pipes. Corrosion of the outer walls of pipelines can be very earthy or watery depending on the nature of the fog environment, temperature, oxygen availability, and other factors. Cathodic cover and protection are used to prevent corrosion of oil and gas transmission pipes. generally recognized that good coating compositions and cathodic protection are the best way to ensure long life and no leakage in oil and gas pipes. 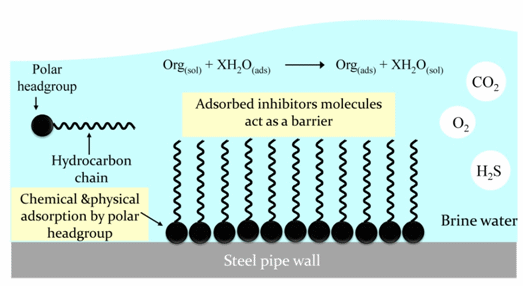 The main cause of corrosion is usually oxygen. The inhibitory action that we can also use as a spray is hydrazine, which can convert oxygen into the water. Generally, corrosion inhibitors, substances such as hexamine, phenylenediamine, and Dimethyl ethanolamine and their derivatives. Of course, in these cases, sometimes antioxidants such as sulfite and ascorbic acid can be used.

Some corrosion inhibitors create an inactive coating layer by chemical adsorption on the surface. For example, benzotriazole is one of the species used to protect the copper. For lubrication, zinc phosphates are common, which cause sulfide deposition on surfaces.

Today, corrosion inhibitor injection packages as well as their sprays have made things easier for industries and factories. Using these packages, the materials needed to prevent corrosion of the pipeline or storage tanks used in a project are identified based on the type of surfaces subject to corrosion and the fluid in it and are injected or sprayed into the process as needed. This increases the life of pipelines, tanks, and equipment in a process and greatly reduces the cost of maintenance of these components, so that today the use of these packages and sprays has become a necessity, and it is inevitable.