Sodium bisulfate is the name of an inorganic acidic salt that is available in powder or white crystal form, its smell is similar to sulfur. This chemical is also known by other names such as sour rock or sodium hydrogen sulfate.  This inorganic compound has a variety of uses and can be widely used in a variety of applications to reduce acidity. The two most common types of this inorganic salt are dry or monohydrate. Shanghai Chemex is one of the most reputable manufacturers of this chemical in the world. 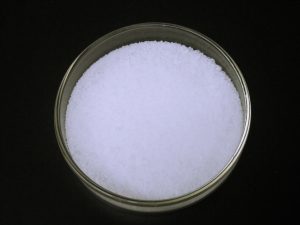 As mentioned, sour rock is a type of salt of the sulfuric acid family and it can be called hydrogen sulfate; The most important physical and chemical properties of this material can be summarized in the following table:

Synthesis and Production of Sodium Bisulfate:

generally, there are two methods for the synthesis of sodium bisulfate, we will mention them below:

The most important uses of this material include the following:

Be the first to review “Sodium bisulfate” Cancel reply