Sodium hydrosulfite is a common, commercial form of sodium sulfide known as sodium dithionite, sodium sulfoxylate, and Sulfoxylate. This chemical compound is used in various industries such as paper making, dyeing, and cosmetics due to its high regenerative power. Shanghai Chemex is one of the most reputable suppliers of this chemical in the world.

Sodium hydrosulfite with the chemical formula (Na2S2O4)like sodium thiosulfate is a pale yellowish-white crystalline powder that smells like sulfur dioxide. This compound, although stable in the absence of air, decomposes in hot water and acidic solutions. It ignites spontaneously when exposed to air and moisture and can ignite surrounding materials. When exposed to heat or fire for a long time, there is a possibility of severe tearing of the container; In the table below some of the chemical and physical properties of this product are mentioned:

This compound is produced through three processes: formate, amalgam process, and zinc dust waste. Among these, different industries make about 80% of their purchases from sodium hydrosulfite, which is produced from zinc dust and amalgam waste processes. During the first method, sodium bisulfite is reduced by zinc dust at an average room temperature to produce ZnSO3, Na2S2O4, and water, and with the help of lime milk, the free acids produced are neutralized to reduce the solubility of ZnSO3. With the help of filter paper, Na2S2O4 and water are also separated with sodium chloride and then Na2S2O4 is dehydrated by alcohol; The dried product is crystalline and is stable in the dry state.

In the next method; To produce sodium hydrosulfite, they use a reaction of sulfur dioxide with a formaldehyde solution in which zinc powder is suspended. Sodium formate is also a by-product of this reaction.

The most important industries that use this combination; Include the paper industry, dyeing, cosmetics, textile industry, leather industry, polymer industry, photography, and food industry. Of course, the use of this compound is very widespread in various industries due to its low toxicity.

Why Sodium Hydrosulfite is used in Dyeing?

One of the most important applications of sodium hydrosulfite is to reduce aqueous solutions. This material is very useful for industrial dyeing processes, especially when sulfur dyes and vat dyes are used. Its reducing properties remove excess paint from residual oxides, prevent unwanted dyes, and ultimately increase paint quality.

The first thing you need to know is that inhaling this substance is toxic causes severe irritation to the respiratory system and causes symptoms such as cough, shortness of breath, and chest pain. Of course, the effects of this substance on the health of the body depend on the amount of concentration and duration of exposure to this substance. If the duration of exposure to this substance is very long, there is a possibility of circulatory disorders, decreased CNS irritability, shortness of breath, seizures, cyanosis, and even death. Also note that in case of contact with the skin, this substance causes symptoms such as burning, redness, and pain, and in case of contact with the eyes, it also causes redness, tears, and eye pain.

Store this material in tightly closed containers in a cool, well-ventilated place away from heat, moisture, and reactive materials. 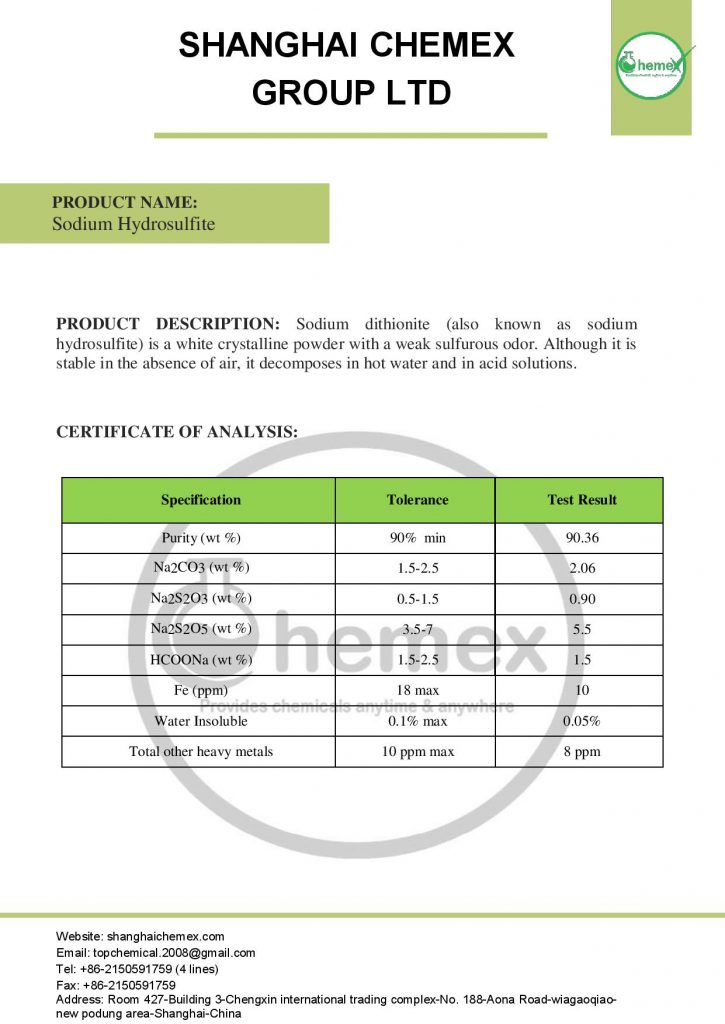 Be the first to review “Sodium Hydrosulfite” Cancel reply 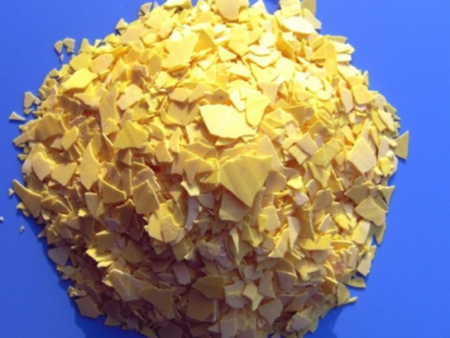