Trisodium phosphate, commonly called TSP, is a dry, odorless powder that dissolves completely in water to form a translucent alkaline solution. TSP solution with a pH of 12 is alkaline enough to completely remove grease and oils. The most important physical and chemical properties of this compound can be summarized in the following table:

This chemical is available in both industrial and food grades.

trisodium phosphate is provided with 12 molecules of crystallized water, which is used in many industries, including water treatment – boilers (evaporation) – washing powder industries, etc.

Trisodium phosphate is a pure white shell powder and this pure powder is very suitable for food and health purposes. TSP is also used as a preservative in meat and canned food.

The process of producing disodium mono hydrogen phosphate, monosodium dihydrogen phosphate, and TSP is similar in that the sodium phosphate salts are formed by an acid-base reaction between phosphoric acid and sodium hydroxide or sodium carbonate (soda ash) in Reactors are produced.

Depending on the grade used (food or industrial), several applications can be considered for TSP, the most important of which are as follows: Used as a soft water agent, cleaning agent in electroplating, paint solvent in fabric dyeing, food additive as moisture retainer, and also in detergents. Major industries consuming this chemical include detergent Industries, water treatment industries, food industries, ceramics industries, mining, paper production industries, petrochemical ceramics industries, and power plants.

Why is TSP a Good Cleaning Agent?

Due to the high alkalinity of trisodium phosphate, it is an effective substance in cleansing and saponifying fats and oils. This substance with a pH of 12 in combination with sulfates is considered an effective cleaning agent and this substance can be used in cleaning clothes and all kinds of surfaces. The low price and good performance of this product caused it to be used as one of the main detergent raw materials in the middle of the twentieth century. Other applications of trisodium phosphate include its use to clean pre-painted surfaces, brick and stone surfaces, cement, and wood. The use of this material can cause damage to metal surfaces and stains, and also this material should not be used in bath washing because if it stays on the ceramic for a long time, it can destroy the glaze created on it.

What is Trisodium Phosphate used for in Food?

Phosphates are one of the most common additives used in food, including meat, poultry, cheese, and beverages, and with their emulsifying, and stabilizing properties, they regulate the acidity of these products. Phosphors are generally classified into two groups, organic and inorganic, and their use in the permitted amount has been approved by the US Food and Drug Administration. The advantages of using trisodium phosphate as an additive in the food industry include the following:

You can contact our experts in Shanghai Chemex to buy this product with high quality and reasonable price.

Consumption of this product in small amounts does not pose a serious health risk, however, more caution is required in the following cases.

The kidneys act as a filter in the human body and separate waste products from the blood, including phosphors. In cases where the kidneys are in trouble, the removal of these substances is difficult and there is too much phosphorus in the body. Causes damage to blood vessels and calcification.

excessive consumption of phosphates, including trisodium phosphate in food additives, can damage bone health, but if used in standard amounts, it is beneficial for bone health and can increase fibroblasts by up to 23%.

Improper and excessive use of products containing phosphorus additives causes inflammation of the intestines and colitis.

Excessive consumption of phosphates can cause calcification of arteries and other cardiovascular diseases by creating calcium ions in the bloodstream.

This material should be stored in dry, cool, well-ventilated warehouses away from heat or fire. 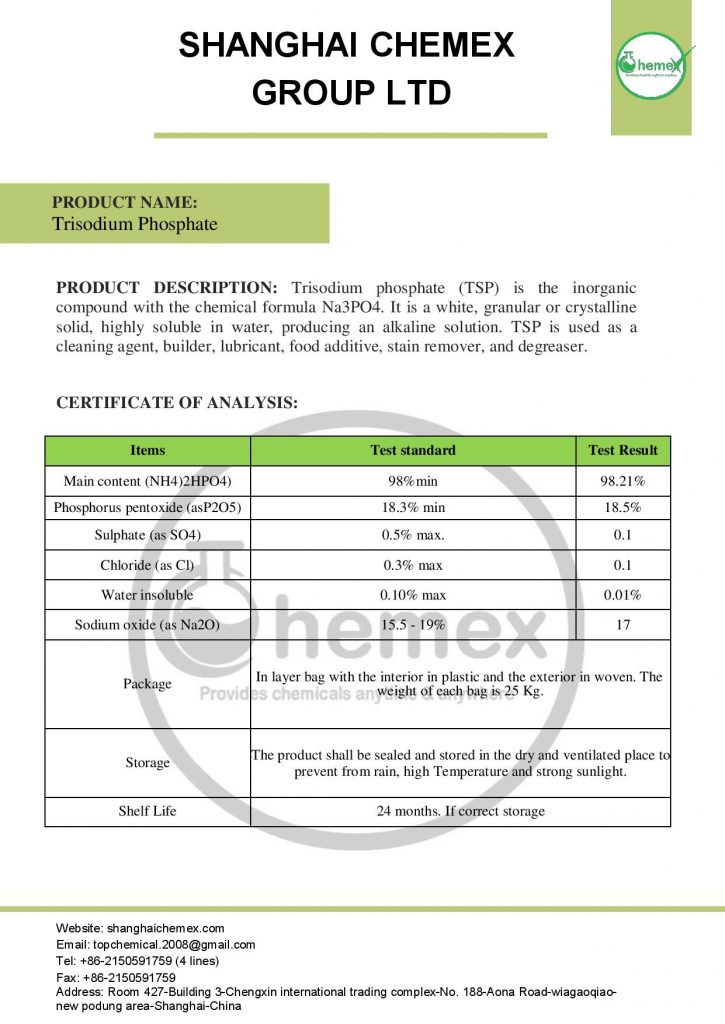 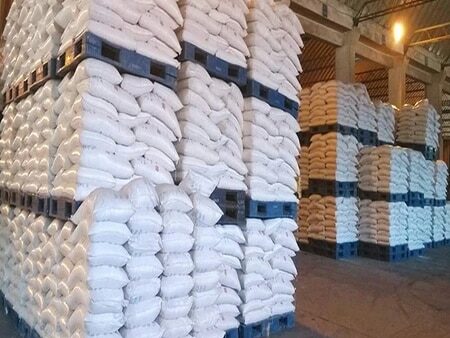