Ammonium chloride is a mineral compound that has the chemical formula NH4Cl. Currently, the most common use of ammonium chloride is in the agricultural industry and the production of chemical fertilizers containing nitrogen. Shanghai Chemex is one of the most reputable suppliers of this chemical in the world. In the following, we will become more familiar with this substance. 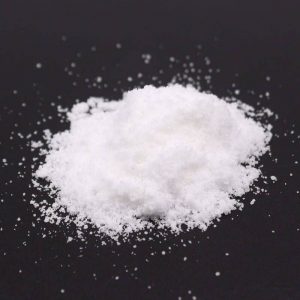 Ammonium chloride is a water-soluble white crystalline solid containing an inorganic chloride and an ammonium salt. This inorganic compound is in the form of white solid crystals that are odorless and have a salty taste; The most important physical and chemical properties of this compound can be summarized in the following table:

Ammonium chloride occurs naturally in volcanic areas and is formed on volcanic rocks near fumarole outlets. Crystals precipitate directly from the gaseous state and are short-lived because they dissolve easily in water. This inorganic is usually produced in the incineration of coal-derived gases. It is also found around some types of volcanic vents.

In addition to being the main method of producing ammonium chloride, this method is used to minimize the release of ammonia in some industrial operations. Ammonium chloride is commercially prepared by combining ammonia (NH3) with hydrogen chloride (gas) or hydrochloric acid (water solution). During this reaction, a large amount of heat is released and cooling systems must be used to eliminate it.

What is the Medical use of Ammonium Chloride?

This substance also has interesting applications in the pharmaceutical and medical industries. The effectiveness of ammonium chloride is often in combination with other drugs. For example, in combination with antitussive drugs, it can act as a stimulant for mucus and thus sputum. It can also be a factor in controlling urinary pH, which is effective in treating some diseases of the urinary tract and kidney stones. 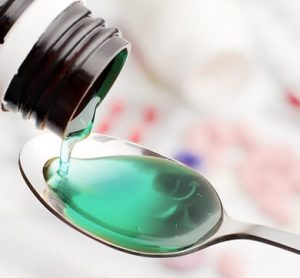 How is Ammonium Chloride used in Food?

This compound is used as a food additive with the number E 510 and acts as a yeast nutrient in bread production and as an acidifying agent. It is used as a feed supplement for livestock and for feeding yeasts and many microorganisms.

Shanghai Chemex is currently one of the suppliers of chemical products in China, which sells Ammonium chloride in food and industrial grades with the best price and quality. Contact our experts to buy the product and place an order.

In order to use this chemical, you must follow the safety tips carefully and work in an environment equipped with this chemical compound. The use of protective clothing, gloves, and masks are also necessary measures to work with this chemical. This substance may cause irritation and burns if it comes in contact with human skin. In this case, you should wash the burn site with plenty of water as soon as possible. Also, if this substance is ingested incorrectly, the person should drink plenty of water and eventually vomit. Even inhaling this substance can be harmful to the audience and the person must breathe in a free environment after inhalation.

Store in a cool, dry, well-ventilated area away from incompatible substances and direct sunlight. Store below 40°C. 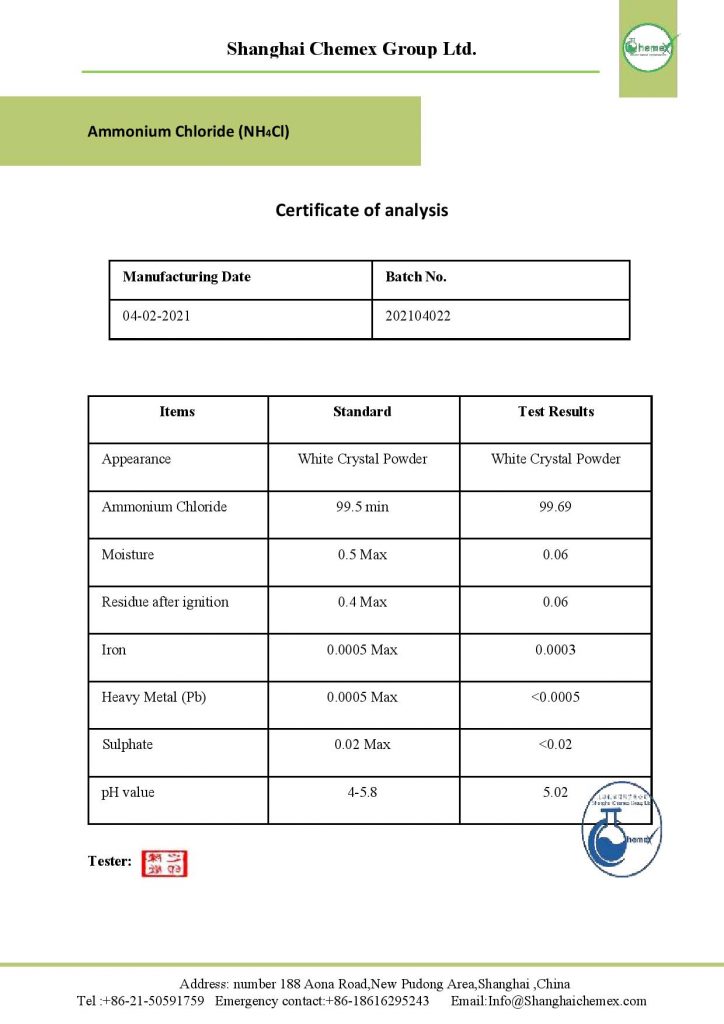 Be the first to review “Ammonium Chloride” Cancel reply 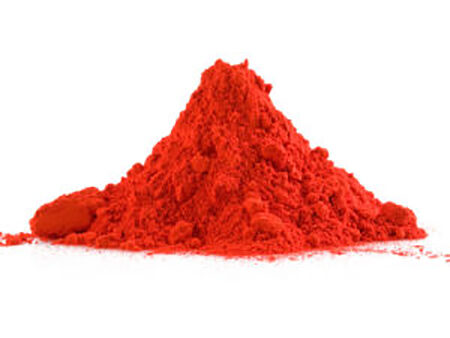