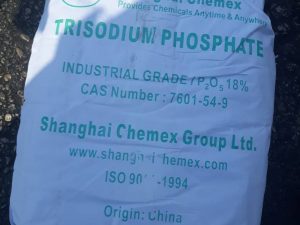 Trisodium Phosphate
Back to products
Next product 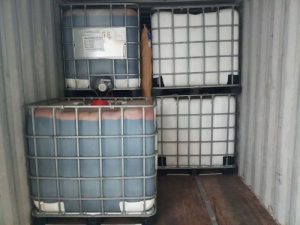 Sodium dichromate is a mineral chemical. This salt has good solubility in water. In its natural state, this substance is solid and has no specific odor. This mineral dissolves well in methanol and ethanol. Na2Cr2O7 is the chemical formula of this compound and its color is orange. This product has other common names, such as bichromate, disodium dichromate. It is corrosive and non-flammable.

China is the second-largest producer of this chemical after Kazakhstan. Sodium dichromate is a strong oxidant, it’s incompatible with strong acids. It is chemically flammable and combustible materials can react and cause fires.

This substance is widely used in the manufacture of various chemicals and the production of organic products, it is also used as an oxidizing agent or as a dye to produce acidic dyes, this substance can be used in the environment. This salt can easily be used as a surface cleaner or as an oxidizing agent in the production of various vitamins. The industrial uses of this material are very wide, which we will discuss in the following.

This substance is in the category of industrial chemicals of Shanghai Chemex Company.

The chemical structure of this substance is as follows:

Sodium Dichromate is more resistant and harder than metal oxidants such as titanium or iron, it can be used in harsh environmental conditions such as high temperatures.

The most important physical and chemical properties of this product can be summarized in the following table:

Sodium dichromate is generally obtained from minerals that have chromium oxide in their structure, which is described in the following stages of its production:

The ore is first reacted with a mixture of sodium carbonate and air at very high temperatures, resulting in carbon dioxide and sodium chromate, then dissolved in relatively warm water, at which point other ore compounds such as Aluminum and iron compounds are insoluble in water and precipitate and separate.

Acidification of the resulting solution with sulfuric acid or carbon dioxide gives sodium dichromate, which is then separated by crystallization as dihydrate. Shanghai Chemex is one of the most reputable suppliers of this chemical in the world.

Applications and uses of sodium dichromate:

Mainly dichromate and chromate salts are used in the role of an oxidizing agent. In the production of organic chemical compounds, benzyl and allyl bonds are used as oxidizing agents and can oxidize some alcohols to ketones.

The use of this salt is very broad, the most important of which are as follows:

When working with this chemical compound, observe safety and health in general and use safety gloves as well as glasses.

Avoid direct contact with eyes and skin and do not inhale.

Sodium dichromate is carcinogenic to humans and is extremely harmful to the lungs. Milk should be consumed if swallowed and eyes should be rinsed thoroughly with water if in contact with eyes.

Store this material in a cool, dry environment with a well-ventilated area away from heat. 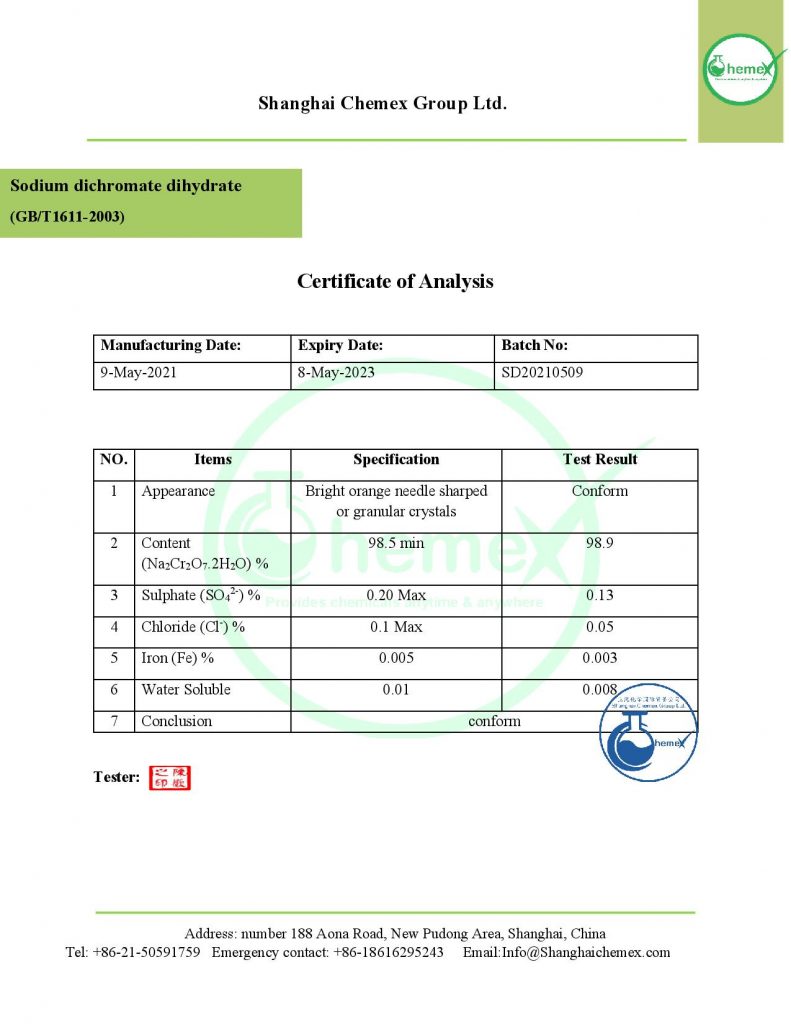 Be the first to review “Sodium Dichromate” Cancel reply 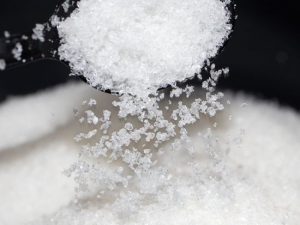 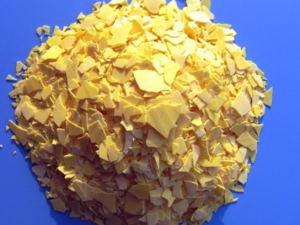 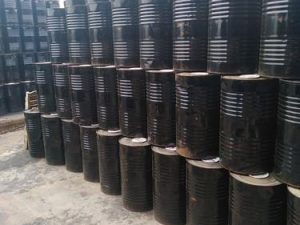