White spirit clear liquid derived from petroleum distillation has many applications as organic solvents in various industries. This chemical is known as mineral spirit, various, Stoddard solvent, petroleum spirit, or generally paint thinner like or generally paints thinner like methylene chloride. It is insoluble in water with a boiling point of 140-220. There are three different grades and types of this component based on the function of solvent for hydrodesulfurization, solvent extraction, and hydrogenation.  The Shanghai Chemex company is one of the world’s best producers and suppliers of white sprints or generally paints thinner. 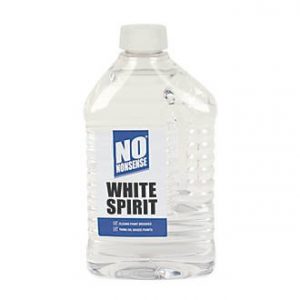 Its production is based on petroleum and hydrotreated kerosene with complex additives to prevent yellowing.

The main usage of this chemical is painted thinner. Also, it is mostly used as, a cleaning agent. Given below are some of its uses.

White spirit, mainly known as an irritant, and its direct contact would lead to serious danger to the health of humans. Acute exposure can be risky to central nervous system depression. Inhalation of vapors of this substance, contact with the skin, and swallowing in the oral (swallowing) pathways has relatively low toxicity.

Be the first to review “White spirit” Cancel reply