Methylene chloride is considered an ideal solvent for a variety of industrial processes. This material is used in various processes and in many industries such as decolorization, pharmaceutical, production of decolorizes, cleaning of metals, adhesives, production of polyurethane foam, production of polycarbonate resin, and distribution and formulation of solvents. This material is sold in the category of the solvent of Shanghai Chemex with quality assurance according to the analysis provided in China.

Methylene chloride with the chemical formula CH2Cl2 is a volatile, colorless liquid with a sweet odor. This substance is known for its high solubility. This compound, although not miscible with water, is polar and miscible with many organic solvents. This polar solvent is non-combustible at high temperatures. But due to heat, it emits toxic chloride vapors.

The chemical structure of methylene chloride is very simple. This compound has become one of the simplest chlorinated hydrocarbons, obtained by substituting two chlorine atoms for hydrogen atoms on a methane molecule. This commercial substance is a member of the family of halogen chemical solvents. The reason for this is the presence of elements of the halogen group.

Methylene chloride was first synthesized by French chemists in 1835 by boiling a mixture of methanol, sulfuric acid, and sodium chloride. This method is similar to the method used today.

The Production Process of Methylene Chloride:

Methylene chloride is found naturally in oceanic resources (seaweed), lagoons, and volcanoes. However, most of the material in the environment is produced by emitting gases from industrial activities. Dichloromethane is prepared by the reaction of chloromethane or methane with chlorine gas at a temperature of 500 to 400 ° C. At this temperature, both methane and chloromethane undergo a series of reactions that gradually produce chlorinated products. The output of this process is a combination of chloromethane, dichloromethane, chloroform, and carbon tetrachloride, which are separated by distillation.

The volatility and high ability of methylene chloride to dissolve a wide range of organic compounds have led to its use in many non-industrial and industrial applications. These applications are presented below:

Used as a solvent to remove paint coatings from a variety of surfaces.

Used as an extractive solvent in the food and beverage industry.

Used for degreasing metal surfaces and parts such as aircraft and railway components and equipment. Methylene chloride vapor is also used to remove oil and grease from automotive transistor components, diesel engines and aircraft components, and spacecraft components.

Used to extract chemicals and prepare drugs such as steroids, antibiotics, and vitamins.

Other uses: This material is used in the production of photographic films, synthetic fibers, adhesives, printing inks, and printed circuit boards.

Methylene Chloride in the Food and Beverage Industries:

This compound in the food and beverage industry for the production of spices, malt extract for beer, hops extract, separation of oil from oilseeds, as a flavoring for coffee, caffeine extraction from coffee and tea, and as a disinfectant in some products, agriculture is used.

In the Occupational Safety and Health Report (OSHA), this chemical like Benzene is considered a potential occupational carcinogen. This means that exposure to this substance for a prolonged period of time may pose a serious risk to humans.

Keep the container tightly closed in a dry and well-ventilated place. Containers that are opened must be carefully resealed and kept upright to prevent leakage.

Be the first to review “Methylene Chloride” Cancel reply 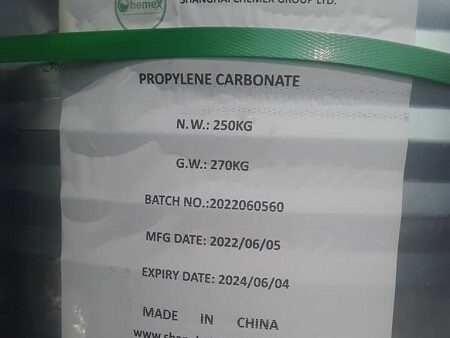