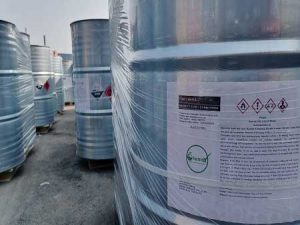 Manganese sulfate monohydrate with the chemical formula MnSO4·H2O is one of the 9 essential nutrients that plants need to grow. Many processes, including chloroplast formation, photosynthesis, nitrogen metabolism, and the synthesis of certain enzymes, depend on this nutrient. Consumption of manganese sulfate has increased dramatically worldwide, especially in developing countries. For this reason, its high demand has led to a jump in the production of its manufacturing companies. Shanghai Chemex is one of the most reputable suppliers of this chemical in the world.

Manganese sulfate, like many metal sulfates, forms various hydrates such as monohydrate, tetrahydrate, pentahydrate, and heptahydrate. The most common of these is monohydrate, which appears pale pink; Some of the properties and characteristics of this material are listed in the table below:

Manganese sulfate is used in many cases due to its unique properties. In this section, we briefly describe some of the applications of this chemical compound:

Due to the stabilizing properties of sulfur and deoxygenation and manganese sulfate alloys, its use in the production of iron and steel is essential. The steel industry, especially in the production of iron, accounts for the largest share of consumption of this material. It is also used as another application of manganese in the industry to its use in the formulation of stainless steel and aluminum alloys.

The main application of this substance is its use as a micronutrient and chemical fertilizer in agriculture. Since manganese is stored in plant foliage, the lack of this element in plant soil causes the green color of leaves to turn yellow, and growth Stop the branches. Deficiency of this element, like other micronutrients, often occurs in calcareous soils with low organic matter because plants in calcareous soils are not able to absorb this element. This substance, which plays an essential role in plant respiration, activates various enzymes, including nitrite reductase, which is also involved in metabolism. This element is consumed in small amounts by plants and its use is more toxic than allowed. The use of this fertilizer Increases photosynthesis and plant yield and growth. like Ammonium persulfate

In addition to the important properties of the above product for plants, its consumption for humans can also be useful in the treatment of diseases. This element in the body plays an important role in improving the bone structure and preventing osteoporosis. In addition, it acts as an enzyme and plays a beneficial role in the body’s metabolic activities. Regulating sugar levels, preventing disease and reducing inflammation, improving and treating premenstrual syndrome (PMS), preventing epileptic seizures, helping thyroid health, and increasing vitamin absorption are some of the functions of manganese in the human body.

You can contact our experts at Shanghai Chemex for more information on purchasing, price inquiries, and order registration of chemical raw materials used in industries.

Eating this substance leads to inflammation of the gastrointestinal tract and diarrhea and vomiting. Inhalation causes inflammation of the respiratory tract and also contact with the eye causes irritation. Necessary measures in case of accidental contact with manganese sulfate include thorough washing of the skin and eyes and seeking medical help.